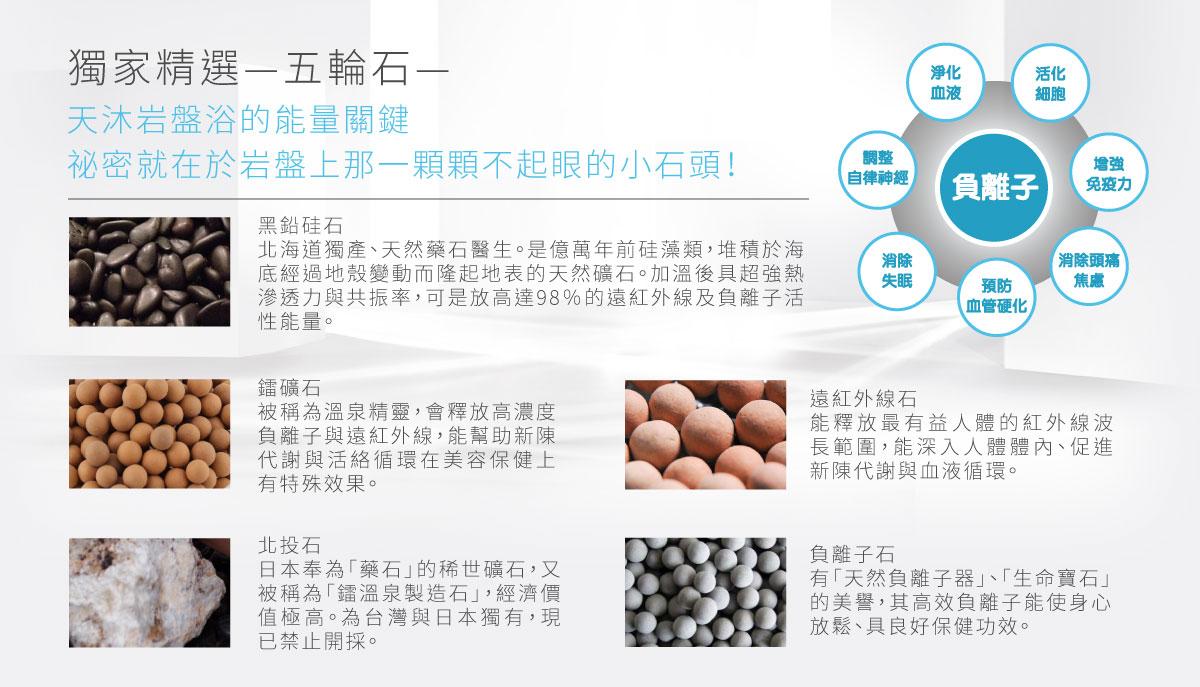 Can only be found in Hokkaido, considered as the doctor of nature. It is a natural ore that is formed hundreds of millions of years after diatoms settled on the seabed while being compressed during earths crust's movements. Upon heating, it has great heat penetration and resonance rate . It is also able to release up to 98 % of far infrared and negative ion active energy Stimulate our cells Negative lons

Also known as the Miracle stone", it eleases high concentrations of negative ons and far infrared rays, which can help increase metabolism and improve blood circulation. Especially effective in health and beauty aspects

A rare ore in Japan that regards as Medical Stone. It is also known as the Healing Spring, which is extremely valuable Unique to Taiwan and Japan and is now banned from mining 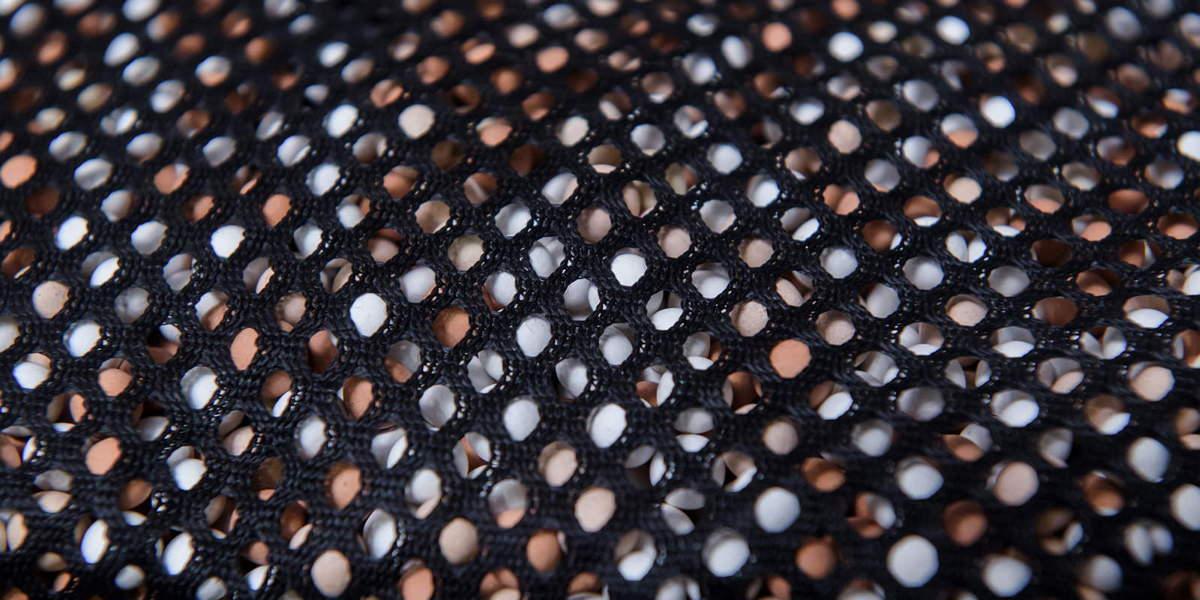 The marvelous usefulness of Hokutolite Stone

Hokutolite Stone ほ く と う せ き) - The only precious mineral is named after a place in Taiwan (Beitou in Japanese is Hokuto), was honored by the Japanese government as " The Treasure of Nature”, is considered a kind of "Medical stone", contains a small amount of radioactive elements "Radium" - has amazingly miracle effects on the human body. As we know, only three places in the world have Hokutolite stone: Taiwan's Beitou River, Tamagawa Hot Spring of Japan in Akita Prefecture, and Chile of South America (To be confirmed) 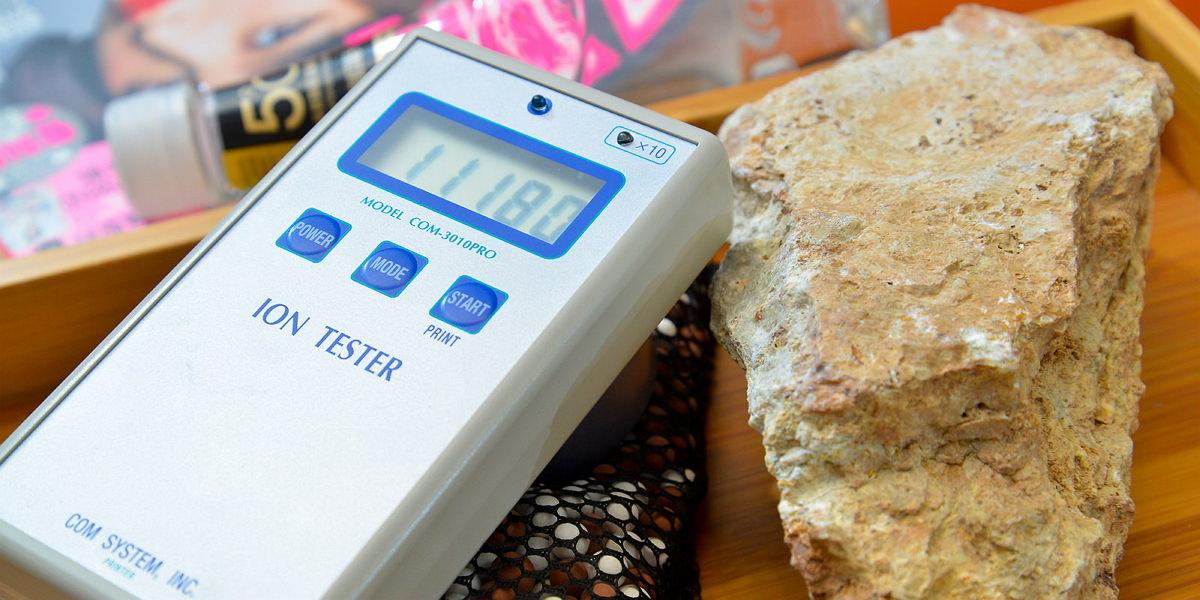 (Hokutolite stone in a gem shop - This is probably a treasure that is not easy to borrow )The founder was a Japanese - Okamoto - who was a technician at the Governor's Office in Japan during the Japanese occupation. The name of "Hokutolite Stone" originated in 1905. At that time, he was a technician at the Minerals Division of the Governor's Office of Taiwan, and he found a crystal of radium-containing minerals precipitated from hot springs in the gravel surface and gaps in the Beitou River. In 1912, Professor Ota of Tokyo Imperial University attended the International Minerals Conference in St. Petersburg, and announced the research findings and named this new mineral "Hokutolite".

The color of Hokutolite Stone is mostly milky white or yellowish brown, which is the crystal of precipitation of hot springs. The environment and water quality conditions are also very harsh, and the stream is continuous flow of erosion, making the speed of Beitou stone formation very slow and precious. It takes 130 years for each crystal to be produced in one centimeter, and a fist-sized stone is formed in at least five or six hundred years.
The thing makes it so special is : Beitou stone contains a rare trace element of radioactivity - "Radium".
Hokutolite Stone - National mineral of Japan , was honored by the Japanese government as "The Treasure of Nature”.
Japanese energy medicine authority-Dr. Hisatake Nojima-- believes that the trace amount of radium, negative ions and infrared rays released by Hokutolite Stone will help the human sebaceous glands to detoxify and thus achieve the effect of promoting human health.
In particular, the "Radium" trace element, which was studied by Gunma University in Japan, found that after radiation oxidation, it enters the human body and stimulates systemic cells with blood flow, which has the effect of improving metabolism and circulation.
Thus, in the book " Amazing Tamagawa Hot Spring Efficacy" by Master of Japanese natural therapist - Anji Changzheng - , Placing Hokutolite stones in the bath can warm the body, causing heat and steam to make the body sweat. Therefore, the body becomes relaxed, relieved of fatigue, hence the name “Medical Stone”.
After the marvelous usefulness of Hokutolite stone was noticed by the community of scientists, Japan officially established the Yuchuan Hot Springs Research Association in 1943. Since 1996, many articles have been written about the positive effect of Tamagawa hot spring energy therapy on human health. In Taiwan, Dr. Li Yuanzhe, former president of the Central Research Institute of the Republic of China, has also confirmed the medical and scholarly value of the Hokutolite stone in his master thesis on "Hokutolite Stone Radiation Research "in 1962.
With the popularity of stone baths, more and more related services are appearing on the market.
However,just remember that only the "Tianmu Stone Bath" with rare Hokutolite stone and 5 element natural mineral stones. Let the endless energy of natural mineral stones wash your body and soul. Enjoy the magic that nature brings to you through the Tianmu Stone bath. 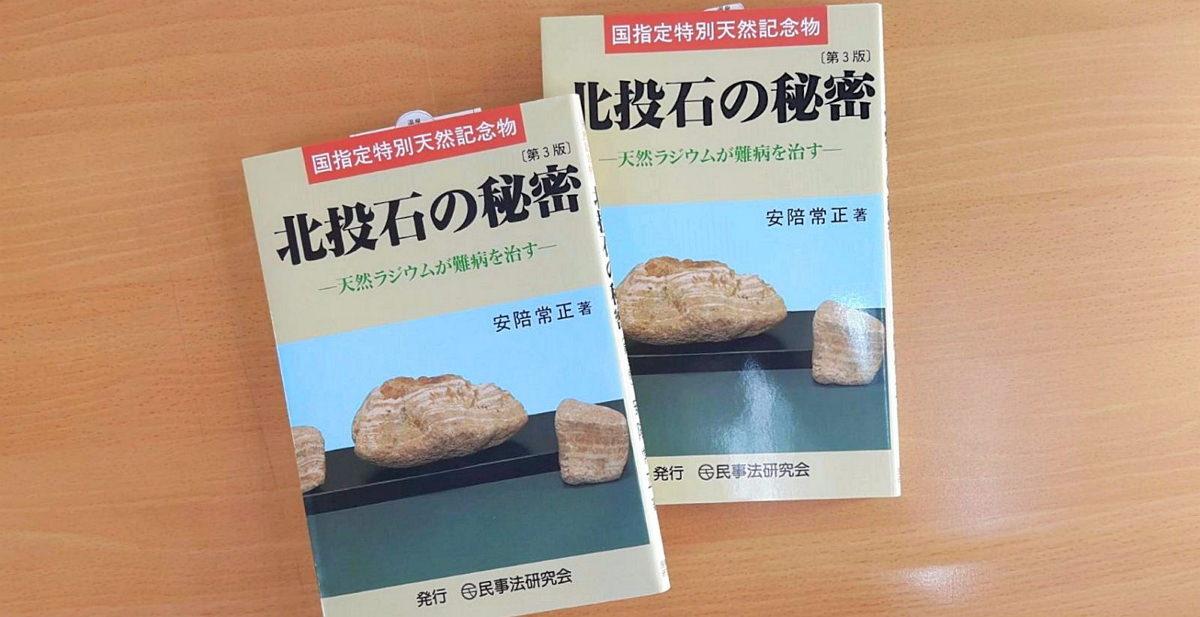 "We cured incurable diseases at Tamagawa Onsen" by Tanaka Koichi.